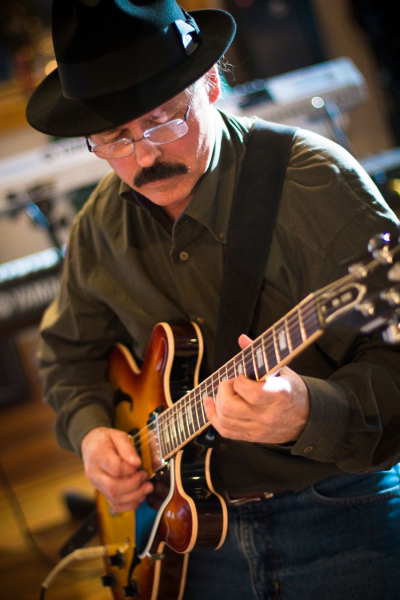 Steve currently lives with his wife, Susan, of 30 years in Greenville, SC. His 26 year old daughter, Mary Neill, is a graduate of The University of South Carolina and is a nurse in Charlotte NC. and married to Colin Irvine. His 32 year old daughter, Anna, is a graduate of The University of Georgia and is an attorney in Richmond, VA. She is married to Robert Clarke Hunter and they have two children Perrin Elizabeth Hunter, and Olivia Crawford Hunter .

Steve is , Director of Jazz Studies at The Fine Arts Center, an art magnet high school in Greenville.

Steve released “Watson’s Riddle” in 2011 on Palmetto Records (Sony) with Paul Riddle and Chuck Leavell. He wrote all of the material for this project. It was in the top 15 in the contemporary jazz charts for 2011 and 2012.

Steve released his new CD "Playtime" with the first single "Playtime" featuring Chuck Loeb on May 2nd 2016. Chuck produced this track. Jeff Lorber produced and contributed the track "Stones Throw" on the CD. The other tracks were produced by Steve with production help on "Pear Bear" from Greg Alewine and Hazen Bannister.It reached #18 on the Billboard Smooth Jazz Chart on July 11th.
As of 2-7-2017 "Pear Bear" was # 6 on the smoothjazz.com Top 50 Chart and #29 on the Billboard Smooth Jazz Chart.

In August of 2018 Steve released his first straight ahead jazz CD "Reflections" with Ian Bracchitta on bass, Rick Dilling on drums and Wendy Jones on vocals. It is available at CD Baby, ITunes, Amazon and all streaming and downloading sites,

Prize: Outside In Music CD and Digital Album Giveaway!

Sponsored by Outside in Music

Get more of a good thing

All About Jazz needs your support

Donate
All About Jazz & Jazz Near You were built to promote jazz music: both recorded and live events. We rely primarily on venues, festivals and musicians to promote their events through our platform. With club closures, shelter in place and an uncertain future, we've pivoted our platform to collect, promote and broadcast livestream concerts to support our jazz musician friends. This is a significant but neccesary effort that will help musicians now, and in the future. You can help offset the cost of this essential undertaking by making a donation today. In return, we'll deliver an ad-free experience (which includes hiding the bottom right video ad). Thank you.

Get more of a good thing

Join Our Community / Welcome Back!

One moment, you will be redirected shortly.

Welcome to All About Jazz!

We sent a confirmation message to . Look for it, then click the link to activate your account. If you don’t see the email in your inbox, check your spam, bulk or promotions folder.

Thanks for joining the All About Jazz community!

Explore All About Jazz & Jazz Near You

Search Jazz Near You


or search site with Google

View events in other cities

All U.S. Cities All World Cities

All About Jazz musician pages are maintained by musicians, publicists and trusted members like you. Interested? Tell us why you would like to improve the musician page.